Birding trip to the Central Andes of Peru - July 2007 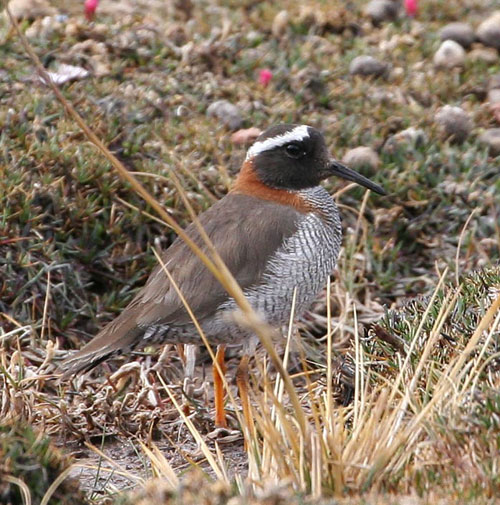 No other Peru itinerary provides more little known and localized endemics as the Central Peru tour, though the better-known North Peru tour comes a close second. This little known circuit takes us into shrubby mountain valleys, high-Andean bogs, bleak open puna country, bromeliad-laden cloud-forests, gnarled elfin forests, cool Polylepis woodland against the spectacular backdrop of the stunning Cordillera Blanca, and a variety of coastal and seashore habitats. By the end of the trip we came away with an impressive list of some fifty Peruvian endemics, quite a few other that barely reach into adjacent Ecuador or Chile, and a number of more widespread yet hard-to-come-by species. Highlights included great observations of the most sough-after Peruvian endemics such as Golden-backed Mountain Tanager and Junin Grebe. Most nights are spent in good hotels though we did camp at Bosque Unchog ÔÇô an unforgettable experience in all respects. Our camp chef Donato looked after us well with hearty field breakfasts and lunches plus a variety of beverages in camp in the evening and our drivers Americo and Mariano took care of getting from A to B on the a comfortable Manu Expeditions bus. Scenery could not have been better from the great expanses of Lake Junin to the white glaciers of the Cordillera Blanca, the misty magical elfin forest of Bosque Unchog to our wonderful hotel retreat in the town of Concepcion and we even added two pelagic trips out of the port of Callao for good measure. It was a pleasure to be with Reyes Rivera the finder of the Golden-backed Mountain- Tanager. We recorded 48 Peruvian endemics.

July 12th: Along the coast to Villa marshes and Pucusana for a trip around the bay.

July 13th; Full day pelagic from the Port of Callao and then onto the Santa Eulalia Valley for the night

July 16th: Satipo Road as far as Manzanilla at 3700 meters for Eye-ringed Thistletail and MilpoÔÇÖ Tapaculo. Breakfast at 3,200m near Coma, 3700m in the Manzanilla Valley and then return to Concepcion via the high lakes at 4200meters.

July 17th Parihuanca Road for Black-spectacled Brush-Finch. Birding around Chilfruta and above, 3200 ÔÇô 3025m and back to Concepcion for the night

July 18th: Concepcion ÔÇô Lake Junin (4000m). Morning on the lake for Junin Flightless Grebe. Breakfast at Pari and then on to Huanuco (1900m) via la Quinua for the night.

July 22nd: Bosque Unchog 3600 and return in the afternoon to Huanuco with stops above and below Cochabamba birding from 3100m down to the town at 2825m (Brown-flanked Tanager, BaronÔÇÖs Spinetail, Black-crested Tit-Tyrant)

July 27th: Full day pelagic from the Port of Callao and overnight in Miraflores

July 28th: Some folks did a trip south to the Canete Valley and San Pedro Fields before flying home. 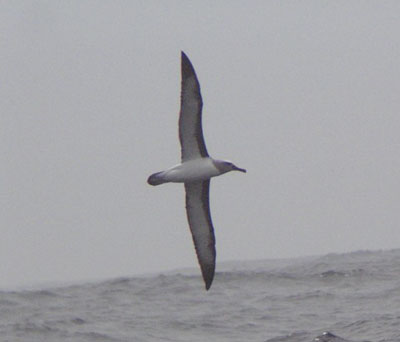 TINAMIDAE
Brown Tinamou Crypturellus obsoletus*: Heard along the Paty trail (ochraceiventris). The exclusively Neotropical tinamous are one of the most primitive families and they retain certain reptilian features, such as their blood proteins and the shape of the palate, which are similar to those found in the dinosaur Tyrannosaurus. Another interesting fact is that Tinamous are one of the few bird families that are believed to have reversed sex roles. Apparently, most of the singing is done by the females, and in most if not all species the incubation is carried out by the male.

PODICIPEDIDAE
White-tufted Grebe Rollandia rolland: Two races of this smart grebe were encountered. First we observed small numbers of the stocky race morrisoni, endemic to Lake JunÝn, and what was presumably chilensis was observed by some of us near the pass along the Satipo road.

Silvery Grebe Podiceps occipitalis: Good looks at this Grebe above La Oroya and on Lake JunÝn, providing good comparison with the next species. We were lucky to have one close to shoire so the baot trip was a short one, and the same indicidual was seen by all. The subspecies here is the northern and high-elevation juninensis, which in plumage is closer to JunÝn Grebe than to the southern, nominate race. Two species are probably involveda and the SACC says - Fjeldsň & Krabbe (1990) and Jaramillo (2003) suggested that the northern Andean subspecies, juninensis, might merit recognition as a separate species from Podiceps occipitalis

E JunÝn (Puna) Grebe - Podiceps taczanowskii: We all obtained excellent close-ups of this endemic. The species is named after Wladyslaw Taczanowski, a 19th century Polish Ornithologist who wrote Ornithologie du PÚrou (he has several species and subspecies named after him). Junin Grebe is confined to Lake JunÝn in the highlands of JunÝn, west-central Peru. It was extremely abundant in 1938, and the population was probably well over 1,000 birds in 1961. In the early and mid-1980s there were c.250 birds, but only 100 were counted in 1992, falling to around 50 in 1993. New extrapolations in early 1995, using a different methodology, estimated 205 individuals. The 1995-1996 and 1996-1997 breeding seasons were unsuccessful, but two broods apparently fledged in 1997-19983. In August 1998, over 250 Podiceps sp. were found in 4 km of the lake (suggesting a total of 350-400 birds) and all those identified (over 20) were P. taczanowskii. Counts in late 2001 suggested a total population of c.300 birds, though this extrapolation from line transects may be overly optimistic, especially as counts in 2001 suggested a population of less than 100. Even if correct, this estimate is of total individuals following a good breeding season, and the number of mature individuals is likely to be far smaller, perhaps half as many. At present, the current global population is best estimated at between 100 and 300 individuals. CRITICALLY ENDANGERED

DIODEMIDAE
Waved Albatross - Diomedea epomophora. Only one -a bad year for Waved Albatrosses this year and we were lucky to find one. This species has been up-listed to Critically Endangered because new evidence shows that it now appears to be declining, primarily owing to by-catch in long-line fisheries. Breeds on south Espa˝ola Island in the Galßpagos Islands, and (perhaps on) Isla de la Plata off ManabÝ province, Ecuador. On Espa˝ola, the overall breeding population was considered to have been stable until recently. It was estimated at c.12,000 pairs in 1970-1971, 15,600-18,200 pairs in 19943 and at least 34,694 adults in 2001. The breeding distribution has changed owing in part to vegetation re-growth following the eradication of goats. Breeding no longer occurs at two inland sites, perhaps through redistribution to the coast1. On Isla de la Plata, it probably numbers fewer than 10-20 pairs, and long-term data are too sketchy to assess population trends CRITICALLY ENDANGERED

Black-browed Albatross -Thalassarche melanophris Seen on both pelagics ľa total of 4. World populations of this species have been estimated to be declining 65% per generation (they live for 40-60 years). 65% of the worlds population nest on the Falklands Islands. The smaller species of albatross, also known as Mollymawks, have been separated into the genus Thalassarche, leaving the great albatrosses (Royal and Wandering) in the genus Diomedea and the Sooty Albatrosses in the genus Phoebetria. ENDANGERED

Salvinĺs Albatross (Shy Albatross) - Thalassarche (cauta) salvini: A total of 5 seen. Different authorities accept between one and four species in the cauta complex, although the latest DNA work shows that they are all closely related. The SACC says ôThalassarche cauta has been considered to consist of three separate species by Robertson & Nunn (1998), and this treatment has been followed by