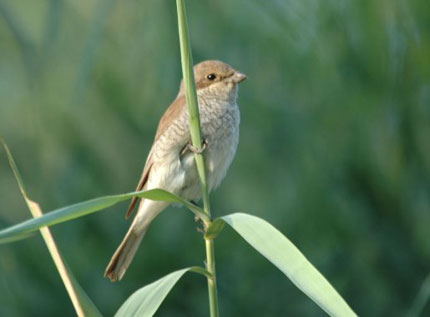 This was no ordinary birding trip it was a week in Cyprus to get married, there were lots of meetings to sort stuff out and parents to keep happy oh and a wedding day so the birding had to be squeezed in around all this. There were three targets Cyprus wheatear, Cyprus warbler and demoiselle crane. The first two endemic and the last stops on migration at Akrotiri Salt lake and is currently the best place to see this species in the Western Palearctic.

Cyprus is in severe drought, with little water on the island (the locals only have water a few hours a day, although the hotels are fully supplied) hence water birds were hard to find and several of the recommended sites bone dry including the salt lake at Akrotiri, Zakaki pools held a little water, but the only water of note is in the mountains where the streams keep running.

Arriving at Paphos mid afternoon, picking up the hire car and heading for our base in Limmassol. Over the new motorway we had hoopoe and a group of Chukar over. But little else.

An early start was impossible as I was exhausted, but we did check out the salt lake area and the scrub around the Sylvana restaurant on the edge of Akrotiri. This was late morning and the heat was increasing, lesser grey shrikes were plentiful as were the crested larks. In the dunes a couple of wheatears with one interesting one (a juv Isabelline I later worked out). We mooched around the reed beds, a few warblers called but would not show in the now fierce heat, a Red backed shrike the highlight here. On to the Akrotiri gravel pits loop where the birdlife had almost taken a siesta, a calandra lark the exception. The coast was little better, a couple of common terns the only things present. We headed along the coast a little bit of sightseeing before visiting the cliffs near Aphrodite rock for the Eleonora’s falcon colony. They did not disappoint 8 or 9 doing acrobatics. On to the Asprokremnos Dam where all the water had gone from the pools so few birds were around, we did connect with a Long legged buzzard and Sardinian warbler. The route back through the foothills of the mountains did produce a distant bonelli’s eagle.

I was up early and at the salt lake just before dawn but there were no cranes. This was the ideal time to bird, they were more plentiful in the cool morning, several Eastern olivaceous warblers, a few serins and an adult isabelline wheatear in the scrub and a hare was present in one of the olive groves. The reedbeds had several red rumped swallows hawking insects, yesterdays warblers were showy zitting cisticolas and reed warblers while a monty’s harrier quartered overhead, I also had good views of a great reed warbler. I went back via Zakaki pools which had a tiny bit of water in them, Kentish plovers were plentiful with a couple of dunlin and little stints for company.

A wedding meeting took up the lunchtime / early afternoon, the rest of the afternoon was spent by the pool.

A morning appointment limited my early birding, so I had a quick blast around very first thing, still no cranes on the lake and most of the same birds in the usual places on my rounds the only addition a roller on the loop.

In the afternoon we went to the Kourion Ruins (20 mins from the salt lake and well worth a visit 1.70 euros entrance) although a tourist stop it had lots of scrub where we encountered out first target bird of the trip a Cyprus warbler, not great views but still I finally had one, and then a little later a Cyprus wheatear put in an appearance two down. We had family commitments so returned to the hotel early evening. My wife to be bumped into some birders who were just leaving our hotel for their flight and they said that there were about a dozen cranes on the salt lake on Saturday morning but none since – was my trip poorly timed? How could I organise a repeat visit? - redo the vows or remarry next year? We would have to see if it would come to that.

I was keen to see some turtles so after breakfast we headed to Lara Bay where they have protected nests on the beach. It was tricky to find but well worth it. Both Green and Loggerhead turtles use the beaches and any nests on the beaches are protected, nests on tourist beaches are dug up and transplanted here. This time of year they dig up the nests when they are hatching and release the young into the sea in the evening to avoid predators. At the turtle hut they had several young turtles (both species) waiting for release, they do organise viewing releases in the evenings (a visit mid afternoon to sign up for these is required) but we had other commitments. The rest of the day was spent on touristy things.

This was the big day, so I was up early and at the salt lake before dawn, as it became lighter I spotted some birds, it was still quite dark but they were cranes. As the dawn broke it was clearly 16 Demoiselle cranes distant on the salt. I started setting up the digiscope equipment as they were way off, and noticed another group that were closer and numbered 29. I watched them for 40 mins or so getting some photos before doing my usual rounds, the Kentish plovers and friends were still in place, the reeds held nothing new but the loop came up trumps. First a massive flock of bee eaters using some trees to flycatch from, providing a great photo opportunity. Then a black francolin was flushed from the edge of the farmland with help from a stray dog that pestered me. I entered the coastal scrub and the only blackcap of the trip greeted me from a small bush, and a couple of short toed larks were disturbed by my presence. I noticed a shrike further on, I drove closer and it was a masked shrike, it gave me the run around for 15 mins before I was able to get a few pics but it did allow me to explore some areas I had not been to before, as this part of the track was less than ideal for my Nissan Note but it struggled through. This allowed me to find a Cretzchmars bunting and both spectacled and bonelli’s warblers. I returned to the hotel and the wedding, no further birdwatching was possible apart from the house sparrows at the venue and in the hotel. Top day.

I was up real early – no not really I would have been in real trouble! A leisurely start and after breakfast the first stop was Paphos Sewage works, I don’t recommend taking your wife here on the day after the wedding as it was a big disappointment only wood sandpipers and a few butterflies – go somewhere else. You do need to ask permission to enter the site, so ensure you do to keep them happy and continue to allow us access. We moved on stumbling across a dam (not marked on our map) which was constructed last year. This held lots of water as it was fed by a mountain river. Coots, Grebes and a little egret were all here but not much else due to the heat. We headed up into the mountains where it was much cooler, stopping at Monashilakas picnic site which we had to ourselves, we had a late lunch watching Jays, spotted flycatchers, chaffinches, great tits and a couple of Agamas and a turkish Gecko. A Cyprus wheatear eluded my camera as did many more on the drive and stops through the hills. I eventually did nail one on the way to the fish farm. Here we had wren and grey wagtail before heading back to the hotel to sort out the wedding photo’s.

The last day and we were up early, via the Kentish plovers to the salt lake but nothing there, so this morning we headed to Kensington cliffs where we flushed severalchukars from the track. The Eleonora’s falcons gave a spectacular display from the cliffs. Just down the road is the ruined stadium which is surrounded by scrub and we took a good walk around, several Cyprus warblers were present and we flushed chukar several times. A roosting honey buzzard was disturbed from its perch and we found an Ortolan bunting before we headed back to the hotel for a late breakfast and heading home.

A great week not only getting married but squeezing in some good birdwatching around all the commitments etc.