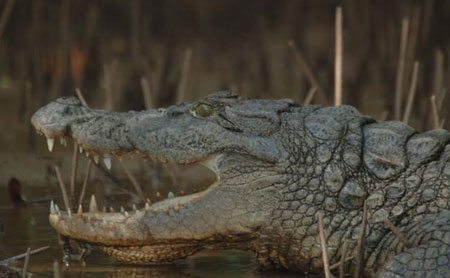 This was a last minute decision so I signed up with the Birdseekers trip, my first organised trip. I chose Goa as the birds were completely new to me not really done much birding in Asia. It can be self organised and I would have done so apart from the short time I had to sort the trip. The trip was well organised the guides were very good, transport was well organised and the walking was not hard at all. Would I go on one again possibly.

Goa was hot and away from the coast very humid, the locals were friendly and there was no hassle from them, the food was good much better than expected and bottled water and drinks were easily obtained everywhere. Everything was relatively cheap and good quality.

We stayed at 3 places:

A tourist hotel near the coast at Arpora/ Baga – Marinha Dourada

A small hotel near the coast at Paolem – 3J’s Hotel

We met up early afternoon for the Flight to Goa, with Thompson / Firstchoice, the airport was very quiet and went smoothly, the flight was OK with films etc. but the food rubbish, take your own! 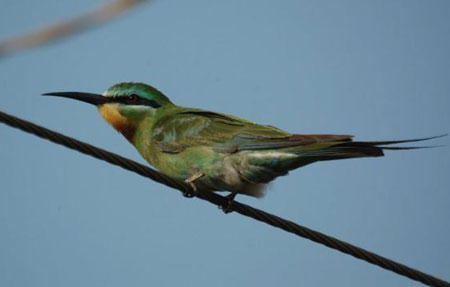 Ariving Late morning the first birds were feral pigeons at the airport, we met our guide and driver and headed to the Mahrina Dourada hotel in Arpora near Baga about 45 mins drive. We had a quick lunch and then took a quick look at the lagoons opposite the hotle entrance where we picked up the first new species and some old favourites, white throated kingfisher, Indian pond heron, Brahminy kite, red wattled lapwing, osprey. Next stop was the marshes behind the Beira Mar Hotel, a good selection of birds here but I struggled to see them all as I was not too well for a time. Feeling better I appreciated the new birdlife, with white breasted waterhen, Brahminy starling, grey headed starling, scaly breasted munia, black drongo, oriental magpie robin, ashy woodswallow, spotted owlet, pintail snipe to name a few. There were some more familiar species rose coloured starling, bluethroat, pied kingfisher, excellent views of a paddyfield warbler and painted snipe views in the fading light.

The first full day and we had an early breakfast before driving the short distance to Arpora hill a wooded scrubby hillside. On arrival new species were everywhere black rumped flameback, small minivet, grey headed bulbul, red whiskered bulbul, red vented bulbul, orange headed thrush, common iora, tickell’s blue flycatcher plus many more. The top bird however was a blue bearded bee eater which gave stunning views perched atop a tree. As the morning heated up we moved to a clearer area with broken scrub. A white bellied sea eagle nest with occupants could be seen. The scrub was quite productive with a selection of small birds flowpeckers, sunbirds, jungle babblers, blyths reed warbler, grey breasted prinia. Heading back to the hotel for lunch with a look at the lagoons where the first oriental honey buzzard of the trip flew low over.

The afternoon we headed up to Fort Aguada, and birded the surrounding area, we had a couple of amur falcons showing nicely overhead, a few distant peacocks, but it was good to see them in their natural environment. A thermal held lots of hirundines and swifts as well as black, black eared and brahminy kites. A walk through the scrub produced another peacock, grey fronted green pigeon, vernal hanging parrot and a taiga flycatcher amongst the now more familiar species. 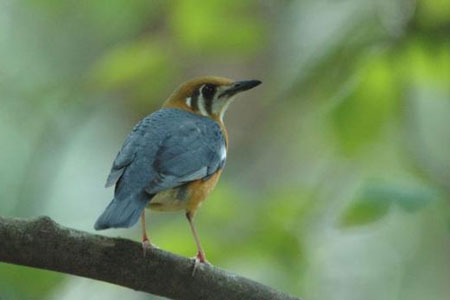 A particularly early start getting the first ferry to Chorao island. Our first stop was some rice fields near a village. A slaty breasted rail gave us a brief view amongst the commoner egrets. A few kingfishers pied, white breasted and common showed well. Our first encounter with Malabar lark, paddyfield pipit and white browed wagtail. The village produced a smart jungle owlet roosting in a tree giving us the stare, several plum headed parakeets and good views of ashy prinia. After some breakfast at a restaurant on Maen lake, we took a walk in the dense forest alongside the lake. Some flyover crested treeswifts and aerial acrobatics ofchestnut headed bee eaters entertained. We started to pick up some new forest species Indian pygmy woodpecker, black headed cuckoo shrike, leafbirds, bronzed drongo, paradise flycatcher, white spotted fantail, verditer flycatcher, little spiderhunter plus many more. We called in some scimitar babblers smart looking birds but rather skulking and as we headed for lunch a great pied hornbill flew over.

After some lunch it was on to another part of the island. We walked around some ricefields but not finding any new birds but they were still good none the same, there were no raptors which was our real target. Pushing on to another area we found some black winged stilts on a small river. We headed to back to the ferry area and birded along the shore, a good selection of waders, with several terek sandpipers and a striated heron the highlights. The light fading we took the ferry back to the mainland and back to the hotel. 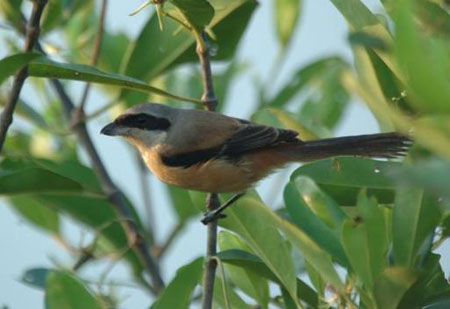 We headed to Karomblin lake we started at the north side of the lake encountering many of the commoner species, some asian openbills flew over. We took a walk through a small village in woodland a site for brown hawk owl which were quite difficult to view in the high canopy, several other species including white cheeked barbet were also seen. Next stop was the touristy part of the lake, we had an excellent vantage point and there were lots of birds about, purple swamphen, purple heron, lesser whistling duck, cotton pygmy goose, common coot, moorhen, grey heron, oriental darter, Indian cormorant, little cormorant, the usual egrets, Indian pond heron and both bronze winged and