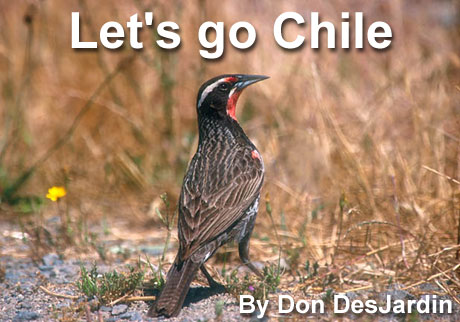 Long-tailed Meadowlark (Sturnella loyca) Very common throughout most of Chile.


Text and Photos by Don DesJardin

Ever get an urge, and then follow through on it. That's exactly what I did, and it was called "Let's go to Chile" Although primarily a birding trip, I was looking forward to enjoying everything Chile had to offer.

I was fortunate to have a wonderful host waiting for me when I arrived in Santiago, November 2, 2000. Staying at his family's ranch in the heart of the Maipo Valley, and using it as a base of operation, we logged in over 1,200 road miles exploring most of coast and coastal mountains of Central Chile, plus trips to Yeso and the Farellones in the high Andes. Taking each day and new birds as they came along, and photographing such as opportunities allowed. My two weeks had passed ever so quickly and before I knew it, I was sadly saying my goodbyes and winging it back to California and to home in Ventura. As anyone who has traveled to Chile will tell you, it's hard to visit only once. 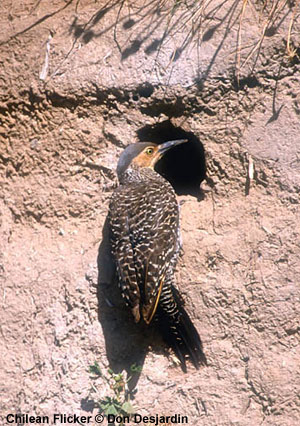 Chilean Flicker (Colaptes pitius) Photographed near Melipilla, which is located along the Rio Maipo, Central Chile. 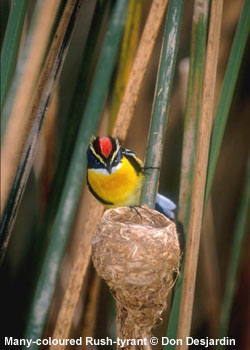 Photographed from a kayak on a fresh water lagoon near the coastal city of Pichilemu, Central Chile. Interesting that the male and female will squabble and display over the right to sit on the nest. 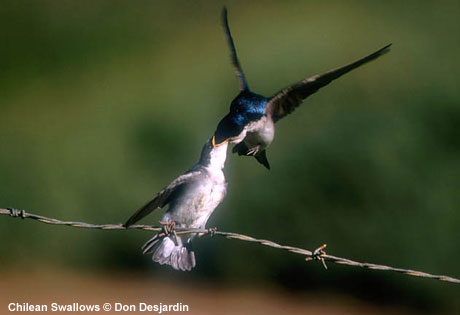 Chilean Swallow (Tachycineta leucopyga) Very common throughout most of Chile. Photographed near the coastal village of Cahuil, Central Chile. 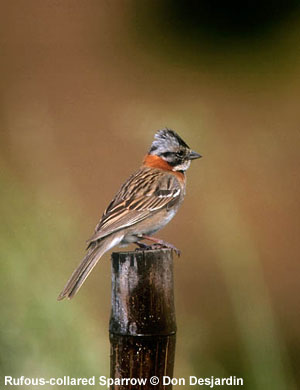 Rufous-collared Sparrow Very common throughout most of South and Central America. Photographed along the Rio Maipo. 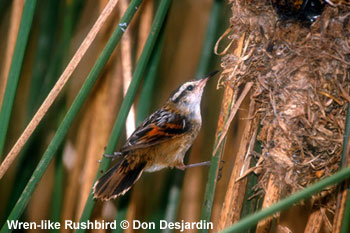 Wren-like Rushbird (Phleocryptes melanops) Common throughout most of Chile but can be somewhat difficult to observe in the open. At home in dense rushes, it can be heard, like the rapid tapping of two stones together, long before being seen. Photographed from a kayak on a fresh water lagoon near the coastal city of Pichilemu, Central Chile 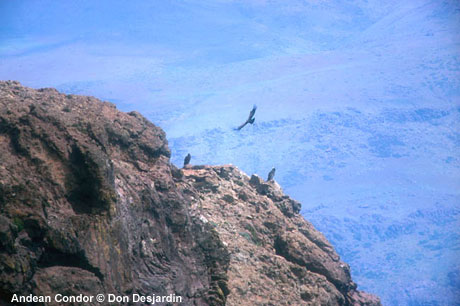 Andean Condor (Vultur gryphus) Photographed at 2,600 meters in the Andes near the ski resort of Farellones, which is a short drive east of Santiago.