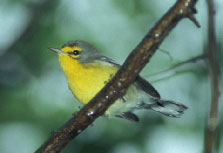 
This was a family holiday and not a birding trip. Nevertheless I took the opportunity to do some birding while there. We flew from Gatwick as part of a Virgin package holiday, staying at the Rex Papillon which is on Reduit beach in the north-east.

From a birder's point of view St Lucia is probably the most important of the Lesser Antilles as it holds 5 extant endemics [maybe 6 if you split the nightjar] and a very high proportion of the multi-island Lesser Antillean specialities. It is a small island with relatively good infrastructure, it is safe and all the specialities are easily to find and could be seen in a single day's birding particularly if you used a guide which I did not. I also took a day trip to St Vincent.

Both countries use the Eastern Caribbean dollar EC $ 2.6 = US $ 1. However the US $ is also usable almost everywhere.

August is the wet season. It did rain every day but usually only for a very few minutes. Only on 1 day was the weather bad and that was on the morning I visited Desbarra when it was horrendous and I considered myself lucky to have seen the thrasher at all. Although I got completely drenched at least it was warm.

Lonely Planet Guide to the Eastern Caribbean
Rough Guide to St Lucia
Wheatley: Where to Watch Birds in Central America and the Caribbean.
Trip reports by Neil Money and Dave Klauber both on the Birdtours website were invaluable.

Quillesse rainforest reserve [Des Cartiers trail]. This is the most important site on the island and holds almost all the specialities except White-breasted Thrasher, Nightjar and Wren. I also did not see Lesser Antillean Saltator or Green-throated Carib here. It is about one and a quarter to one and a half hours' drive from Reduit beach depending on the time of day. Although you are supposed to obtain permission to visit this seemed totally unnecessary as if you turn up at dawn there will be no one present and you can just go in and pay US $10 on leaving. There is a good trail system with a parrot lookout. This is reliable for the parrot and is also a good spot for many other specialities.

Desbarra and Ravine La Chaloupe. This is the traditional site for White-breasted Thrasher. It is just under 1hr from Castries and requires 4 wheel drive or a moderate walk in and out. Do not try going down the track beyond Desabarra without 4 wheel drive. There are now far easier sites just north of Micoud near the main road but I had no precise locations for these although they should be easy with a guide.

I hired a small jeep via Drive-a-matic booking in the UK through their website. Unless you are visiting Ravine La Chaloupe a small car would be adequate though.

Driving is easy as there is very little traffic and most of it is very slow because of the hilly terrain. The road to the Quillesse forest reserve is pot holed but would be fine in a normal vehicle.

I did not use any on St Lucia but did contact Lyndon John before I went. He however, is no longer living on St Lucia.

Moses Wilfred, phone 450 6080 who lives in Desbarra would be able to show you the Nightjar and Wren.

Stephon Lesmond knows the easy sites for the Thrasher and can be contacted via the Fox Grove Inn Hotel in Mon Repos.

Vermont forest trail. This is just a few miles north-east of the capital Kingstown.It is easily reached and is a good trail through rainforest. It contains all the specialities including Brown Trembler, Lesser Antillean Tanager as well as the Warbler and Parrot. All are easily seen from the parrot lookout.

Kingstown Botanical Gardens. This is a reliable site for Grenada Flycatcher which only occurs here and on Grenada.

I did St Vincent on a day trip from St Lucia flying with Caribbean Star, leaving at 07:25 and arriving at 07:55. Cost US $157 return. Here I was met by Fitzroy Springer who works with the forestry department and is actively involved in the parrot conservation program. I had arranged for him to guide me for the day for US $100 including transport. He was excellent and able to find the important species easily although it has to be said none are really difficult. I caught the 18:30 flight back which unfortunately was delayed by 3 hrs.

29/7/04 Quillesse rainforest reserve, St Lucia.
I arrived about 6:15 soon after 1st light and walked in heading for the parrot lookout. I immediately picked up 3 St Lucia Orioles in the tops of some trees as well as Pearly-eyed Thrashers and one Grey Trembler. Within a minute of arriving at the parrot lookout I had my first flight views of St Lucia Parrots. In about 1 hour I saw 25, some very close, and even saw 1 perched. Scaly-naped Pigeons were common and I also had several Lesser Antillean Swifts as well as Black Swifts. The latter were a bit of a bonus as I had expected not to see this species, although had hoped I might be lucky.

I tried playing a tape of St Lucia Warbler and was surprised to see a female St Lucia Black Finch pop onto a close branch and have a good look at me. Other good birds around the lookout included Purple-throated Carib and St Lucia Pewee. A Rufous-throated Solitaire could be heard a little further up the track so with a little bit of effort I soon obtained good views of a pair of these stunning birds. At the same spot I also found my first very tame St Lucia Warbler as well as Black-whiskered Vireo and two Caribbean Elaenias.

A pair of Lesser Antillean Flycatchers also gave good close views but a calling Mangrove Cuckoo would not reveal itself. By now I had seen almost all my target species but was still missing Antillean Euphonia. This is one of the most difficult species to see here and unfortunately I was to fail. However by midday I was more than happy and headed back.

I caught the 07:25 flight from Castries arriving at 07:55 to be met by Fitzroy Springer. We headed off to the Vermont nature trail and arrived at the parrot lookout at about 09:15. En route I got excellent views of 1 pair of Whistling Warblers. These were as good as I had hoped for and sang out in the open in the mid story. However, Fitzroy was keen we reached the platform as soon as possible as the parrots are not nearly as active by midmorning. Soon after arriving we had a pair fly up the valley and over the next couple of hours we saw a dozen or so including 2 perched birds. Most of these were of the golden/brown phase and were quite stunning. Most were not as close as the St Lucia Parrots but 3 did come very close indeed. Several Lesser Antillean Tanagers were seen flying around. Good views were had of three birds including 1 bird feeding a youngster in the understory. They are very similar to Burnished-buff Tanagers of South America. There were quite a few Brown Tremblers flying around as well but good perched views were only had of two birds. A real bonus was a pair of Mangrove Cuckoos which were finally pinned down after about an hour of intermittent calling. They were eventually seen very well, mating low down in the forest.

We then headed off for a leisurely lunch before visiting the botanical gardens where the unspectacular Grenada Flycatcher was seen. Fitzroy took me to see the St Vincent Parrot breeding cages where I was able to hand feed a couple of birds. He then took me back to the airport where I had an unexpectedly long wait.

4/8/04 Desbarra and Ravine La Chaloupe, St Lucia.
I set off from the Rex and was able to find the site fairly easily following the directions in Wheatley. The track down was horrendous and only possible in 4 wheel drive. I parked just before the small stream which turned out to be a very wise move. What had been a minor trickle when I crossed it initially, turned out to be knee deep 2 hrs later. I did make the mistake of walking straight down to the wrong beach rather than walking all the way to the huts at Des Calle before cutting down to the sea.

Having realised my mistake I soon located the correct site. By now the rain had eased off and I played a tape and soon heard a bird calling back. It had a quite different quality to the tape but two birds were visible responding to my tape either from low branches or the ground. Both were very wet but at least I had seen them.

Totally drenched I decided to head home. On the walk back I had excellent views of my first Lesser Antillean Tanagers as well as several St Lucia Pewees and St Lucia Warblers and one very close St Lucia Oriole.