Saving the Madagascar Pochard, the rarest duck in the world

The Madagascar Pochard (Aythya innotata) is the most endangered duck on the planet, and was considered extinct until rediscovered in November 2006, by Lily Arison René de Roland of The Peregrine Fund, at an isolated lake site in northern Madagascar. This site consists of a group of four small forested lakes in a remote area of the country some 300 km north of the capital, Antananarivo. These lakes, and only two appear suitable for pochard, were once part of a system of wetlands throughout the Island’s central plateau including many shallow lakes and extensive marshes. A long history of lake drainage and the introduction of exotic fish has, however, reduced the suitability of these wetlands for many birds and pushed the endemic pochard towards extinction. It now appears likely that the entire world population of Madagascar Pochard is restricted to just one population, numbering fewer than 20 individuals at this one site.

Durrell Wildlife Conservation Trust has an extensive conservation programme in Madagascar with a permanent staff of 32 and projects in six field sites around the country focusing both on the conservation of threatened endemic species but also the sustainable development of local communities and the participatory management of natural resources. Durrell aims to establish and manage a captive breeding population of pochards within the pochard’s region (Sofia) to increase duck numbers and eventually further populations on other wetlands in Madagascar. However, we can’t do this alone, and have, therefore, formed a partnership with the Wildfowl & Wetlands Trust, The Peregrine Fund and Madagascar’s Ministry of Environment and Forests. Each partner organisation brings to the project complementary and invaluable expertise; expertise that will be needed to save this bird from extinction.

In July of this year we undertook a joint mission on the ground in Madagascar with two main goals: to visit Antsohihy and Bealanana to assess the feasibility of constructing a captive-breeding facility, and to visit the pochard lakes to assess the current population and the logistics of transferring eggs or hatchlings from the wild to this captive facility. A party made up of experts from all four partners left the capital, Antananarivo, on July 21st for the long drive north. 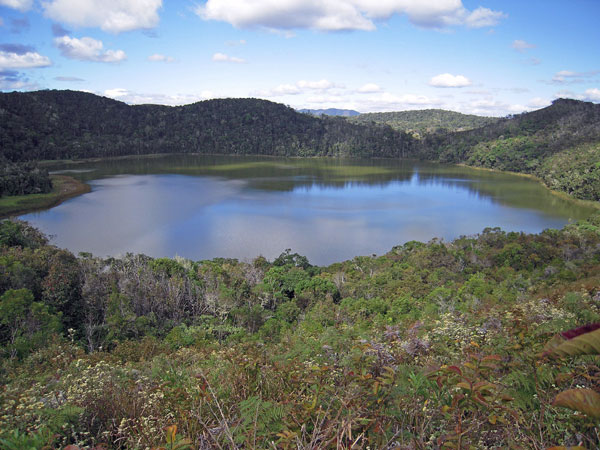 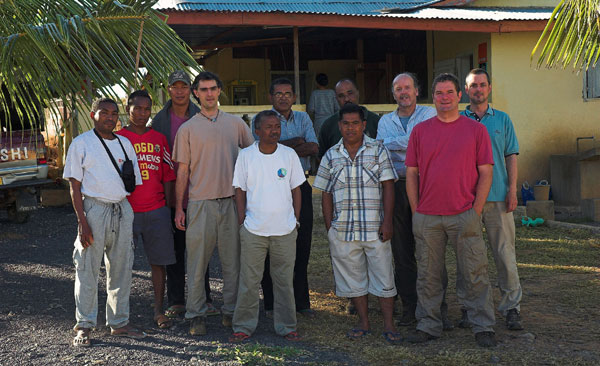 We spent the first two days at Antsohihy predominantly in discussion with local politicians and government representatives. The authorities here were hugely supportive of the project and showed us several potential sites for a breeding centre. The best looking site was adjacent to a small wetland outside of Antsohihy; here several native waterbirds were also well seen as a bonus. This site has potential to house both the breeding centre and also visitor facilities at the wetland itself. We will have to look further into land ownership and suitability but things look promising.

On July 24th we headed further north and further uphill along deteriorating roads towards the fabled pochard lakes. Some of us had been there before, in the rain, in 2006 and knew what was in store for us – even now in the dry season! A three hour journey along around 40km of wild muddy track from the town of Bealanana took over 10 hours. In fairness this was mostly through one of our vehicles losing its four-wheel drive capability. The worst outcome of this was that, arriving in the dark, those of us who hadn’t seen the duck before would have to wait until dawn a mere few feet from them! Luckily for me, I had seen them so I slept comfortably. 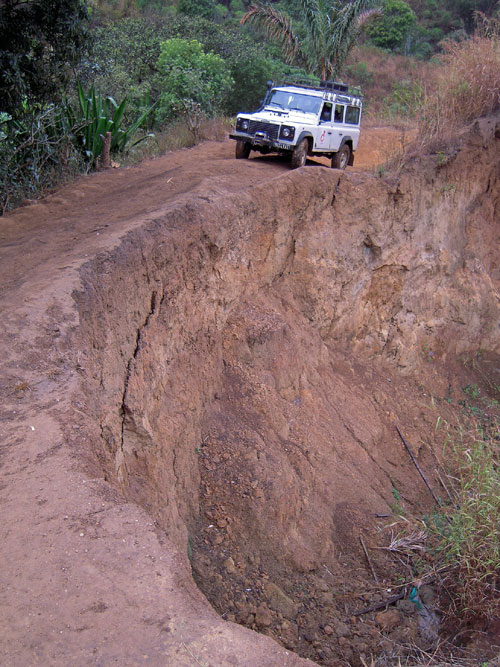 At dawn the next day we saw the ducks themselves and in the beautiful setting of the forested lake all was well. Until, that is, we remembered that the 19 ducks counted constituted the entire global population. Then it was back to devising rescue plans – with a lot of discussions centred around the state of the roads and how to move such a precious cargo. The forest around the lakes is home to many other animals and plants and highlights were the white-throated rails trying to enter the tents, the male red owl sleeping outside his nest by the camp and the constant trilling of Madagascar little grebes.

On the 26th, after an all too short but thoroughly intense visit, we returned to Antananarivo. We now have to put into material form all the intense thinking that went on. We have to go back and save this bird from extinction; no easy task but one for which we are all prepared.

Check out our field mission in more detail on Durrell’s Conservation blog: http://blog.durrell.org/index.cfm/2009/8/22/In-search-of-the-Madagascar-pochard-the-worlds-rarest-duck--Part-1